(Dec. 3rd, 2018) Eritrean poet and journalist Yirgalem Fisseha Mebrhatu has arrived in Munich, Germany to start a one-year scholarship awarded by Writers-in-Exile Program of the PEN Deutschland (German PEN Center). Upon her arrival at Munich International Airport on Monday, the 3rd of December, Yirgalem was welcomed by the program’s commissioner and staff.

“Finally, Yirgalem has arrived safely in Munich. She had a hard time and we’re happy that she can find a refuge in our program,” said Franziska Sperr, commissioner of the program and the center’s vice-president. “To our writers who are persecuted, mistreated, jailed or even tortured in their home countries we want to offer refuge in Germany. On their way into a new life away from their homes, we reach out to them in companionship,” the commissioner of the program states.

The scholarship provides grants for writers who face persecution in their home countries. The offer was made possible with collaboration of sisterly centers of PEN Eritrea, PEN International, PEN German, and ICORN.

The program, which is sponsored by Federal Government Commissioner for Cultural and Media Affairs, provides writers with accommodation, monthly stipend and covers health insurance. During their stay, resident writers are required to learn German language, but mostly it provides opportunities to engage in literary readings, arrange translations, and mediate contacts with editors and publishers.

Yirgalem’s poem, “ገጣሚትኣይኰንኩን” translated by Ghirmai Negash under the title, “I am not a Poet” was published and distributed in this year’s booklet of the
program. 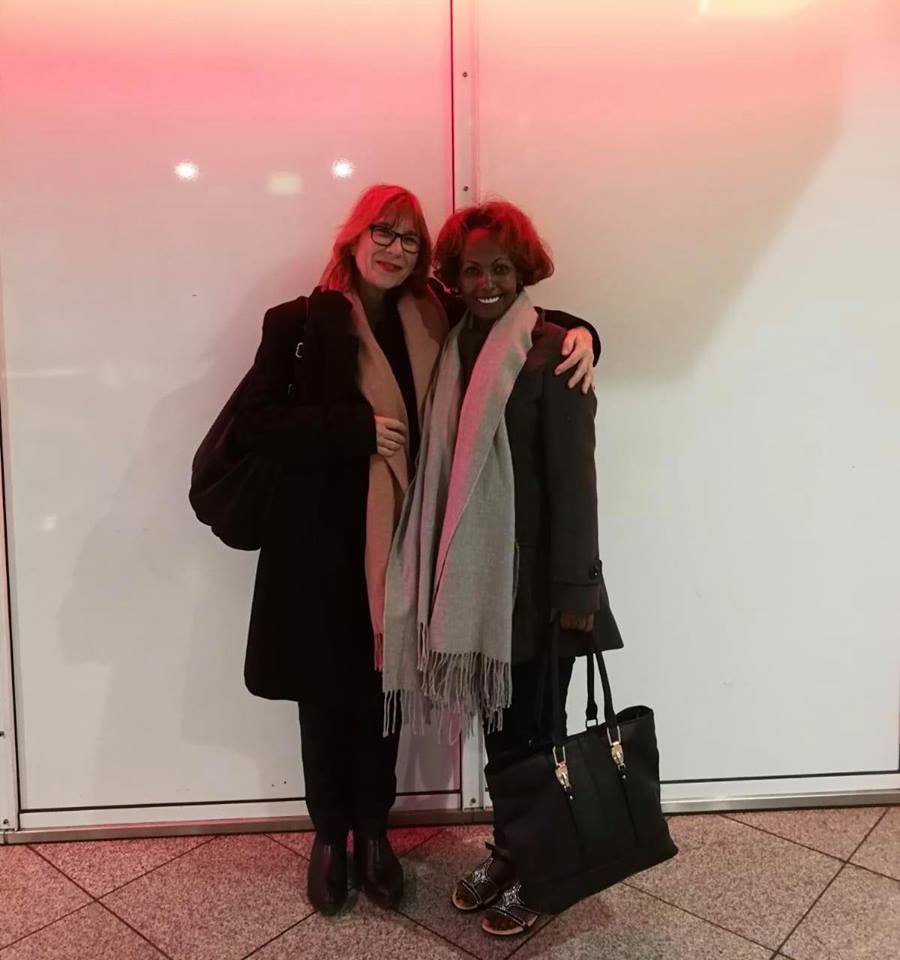 Journalist and award-winning poet Yirgalem Fisseha Mebrahtu has published her works extensively in Eritrea’s mass media starting from private newspapers’ days that ended abruptly in September 2001. From September 2003 until the government raid in February 2009, Yirgalem worked as a journalist and host at the educational Radio Bana, sponsored by the Eritrean Ministry of Education. Yirgalem, along with journalists, staff members, and other prominent poets was rounded up in February and taken to a military prison center. She was later released from custody on the 21st of January, 2015 after six years of arbitrary arrest without charges.

“When a persecuted writer who had experienced firsthand the unbearable sufferings like Yirgalem stands on two feet,” says PEN Eritrea’s President Haile Bizen, “fragile regimes whose survival depends on information blockage and pervasive control get unsettled as they know the outcome.”

The poet and journalist who stayed in Kampala, Uganda since March of this year has been expansively writing her firsthand experience in prison.