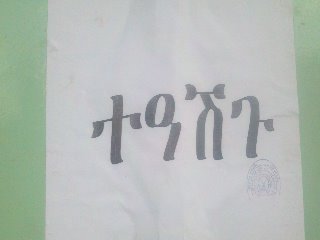 Few Days in my Six Years Detention in Mai-Serwa

I thank God for enabling me to tell my story of despair, helplessness, torture, hope, and courage. I express my respect to all the peace-loving Eritreans who stood on the side of the oppressed. I extend my heartfelt gratitude to all those who called and sent encouraging notes. The reason why I wrote part of my prison experience in three parts is because I did not want choose to be silent in the month of September dedicated to the remembrance of the unjustly imprisoned. Since my release from prison, this is the first September that I am spending remembering my former fellow prisoners. And I hope writing about my first-hand account will help people have clearer picture of the horrifying experiences and encourage others to share their ordeals. As indicated in the title of my testimony, what I have written is a tip of the iceberg and is only about a limited number of days and aspects of the six years I spent in prison. When time permits, I will write extensively about it and I hope others who passed through similar experience will tell their stories. My story is only a typical example of the overall prison conditions in Eritrea. It is not the worst or extraordinary case. I believe the time is not far off when our prisons open their mouth and we hear the stories they tell.

I know many readers have asked why I choose not to tell the names of my interrogators. More than naming the infamous interrogators, however, I wished to express my gratitude by name the prison guards who gave us light in darkness, hope in the midst of our despair, and relief to our pains. But, it is not the right time to do so.

I would like to conclude my serialized piece with a letter to the prisoners who are counting the days longing for the time they will released. I know it won’t reach them. Yet, I want to convince myself, somehow, no matter when, they will hear about it, or at least will be relied to them.

I want to write a letter to you all those whom I found and left at Mai-Serwa prison center. I do not know how and where I shall begin. When are you going to read it anyway? Upon your release, you will find it in the internet and Facebook walls. Oh! Facebook is something that is created after your detention and it is a non-physical space where everyone openly expresses his/her ideas. I know it is difficult for you to imagine it. Somewhere, Mandela once said, “Prison is a fixed point in a moving world.” Unfortunately, our country has become a fixed point in the fast-moving world. Therefore, do not be worried whether you will catch up with what is going on in the outside world and be able to communicate with the free world or not. Since the [government] has worked hard to make Eritrea lag behind the world, our people are where we left them off. Worse: there are even things which regressed significantly.

My respected and loved brothers and sisters. As I embark the spiritual journey of visiting you, I vividly remember your names, you prison-cell numbers, your health challenges; your courage, your perseverance, and your strong character. Overall half-life at the heart of darkness! In the past years, when I learned some of you were released and have joined your dear families, I celebrated it greatly. I pray that the remaining will be out of prison too.

Those of you who, in a stifling atmosphere that punishes greetings among prisoners, tried to boost my moral through facial signs and stolen eye contacts; those of you who preferred to look at my strengths rather than my weaknesses; those of you who were concerned about my health conditions while you had your own worse health problems; those of you who saw your mothers and sisters in me and took great pity of me; how are you? I am asking for its own sake. Otherwise, I perfectly know how you should be doing. I can imagine the darkness, the loneliness, the violation, the torture, the contempt; the hope and despair and the up and down of emotions that the 03 rumors produce. What good is there in prison except the sympathizes and solidarities you get from few people.

I am writing you this letter in the month of September which is dedicated to the remembrance of all Eritrean prisoners. How would you know what happens in this month every year? In this month, everyone who is pained by the abuses his brothers and sisters are facing; everyone who is distressed by the brutal maltreatment of his fellow citizens; everyone who is his brother’s keeper is raising the name of prisoners and calling for justice. Thinking of all the prisoners, everyone is condemning the absence of justice and is giving voice to the voiceless prisoners. Everyone is beseeching for unity among Eritreans in order to solve our problems. In brief, everyone is trying to move stagnated Eritrea a bit.

Wait… please stop thinking about those friends and family members whom we complained about for not asking after us. You will understand their situation when you get out of prison. They themselves are prisoners of one sort or another. It will grief you to no end when you come to learn the horrible situation and enormous challenges they have been facing. You will also discover people who did a lot of good things for you without you knowing it. Do not also think about those friends who lied about us and cooperated with the government in our detention. You will find them punishing themselves by trying to either ingratiate or distance themselves from you. You will find their action and behaviour amusing and entertaining.

I know what concerns you most is knowing when you will get out of prison and not getting any word about your loved ones. As we think about the situation of our families, our families are also equally concerned and terrified to imagine how you are coping up with the long time in prison. When the prisoner thinks about his loved ones and the loved ones think about their imprisoned, everyone is imprisoned. Whole families and the whole country are imprisoned.

Surprisingly, as you have coped up with your life in prison, your families are also able to cope up with the constant worry and grief. However, the reward for their longing for their love and for their concern are with you. Please take care of your health and moral. Be strong as usual. Did not you teach me to not think about when I would be free and instead take care of my health and moral? Taking care of yourself is the reward for your families and that is a weapon that defeats the enemy.

**Translated from Tigrinya by Samuel Emaha

*Journalist and award-winning poet Yirgalem Fisseha Mebrahtu has published her works extensively in Eritrea’s mass media starting from the heyday of the private newspaper era. From September 2003 until the government raid and subsequent ban in February 2009, Yirgalem worked as a journalist and host at the educational Radio Bana, sponsored by the Eritrean Ministry of Education. Yirgalem was released from the military prison on 21st of January 2015 after six years. She left the country in March 2018 and now lives in exile.

**Samuel Emaha is a PhD student of history at Queens University, Canada.