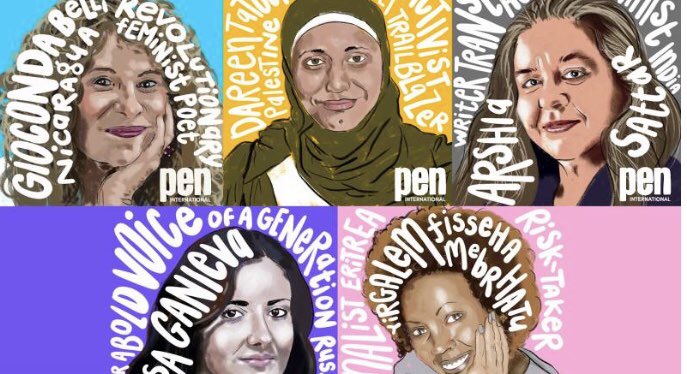 This International Women’s Day, meet five writers who are changing the rules

“PEN is building on the Manifesto this year by highlighting the work of five women writers and activists who have been on the forefront of literature and free expression across the world. PEN is proud to highlight:”

“Yirgalem Fisseha Mebrahtu, an Eritrean poet, journalist and writer. After the government closed all independent media in 2001, she worked for radio Bana until the authorities raided it in February 2009, arrested all the staff and took them to Adi Abeito military prison. She spent six years in May Srwa prison, mostly in solitary confinement and harsh prison conditions where she was subjected to physical torture and interrogation that left her hospitalised for months. She left Eritrea after in March 2018 and is now scholar of the Writers-in-Exile Program of the PEN-Center in Germany.”