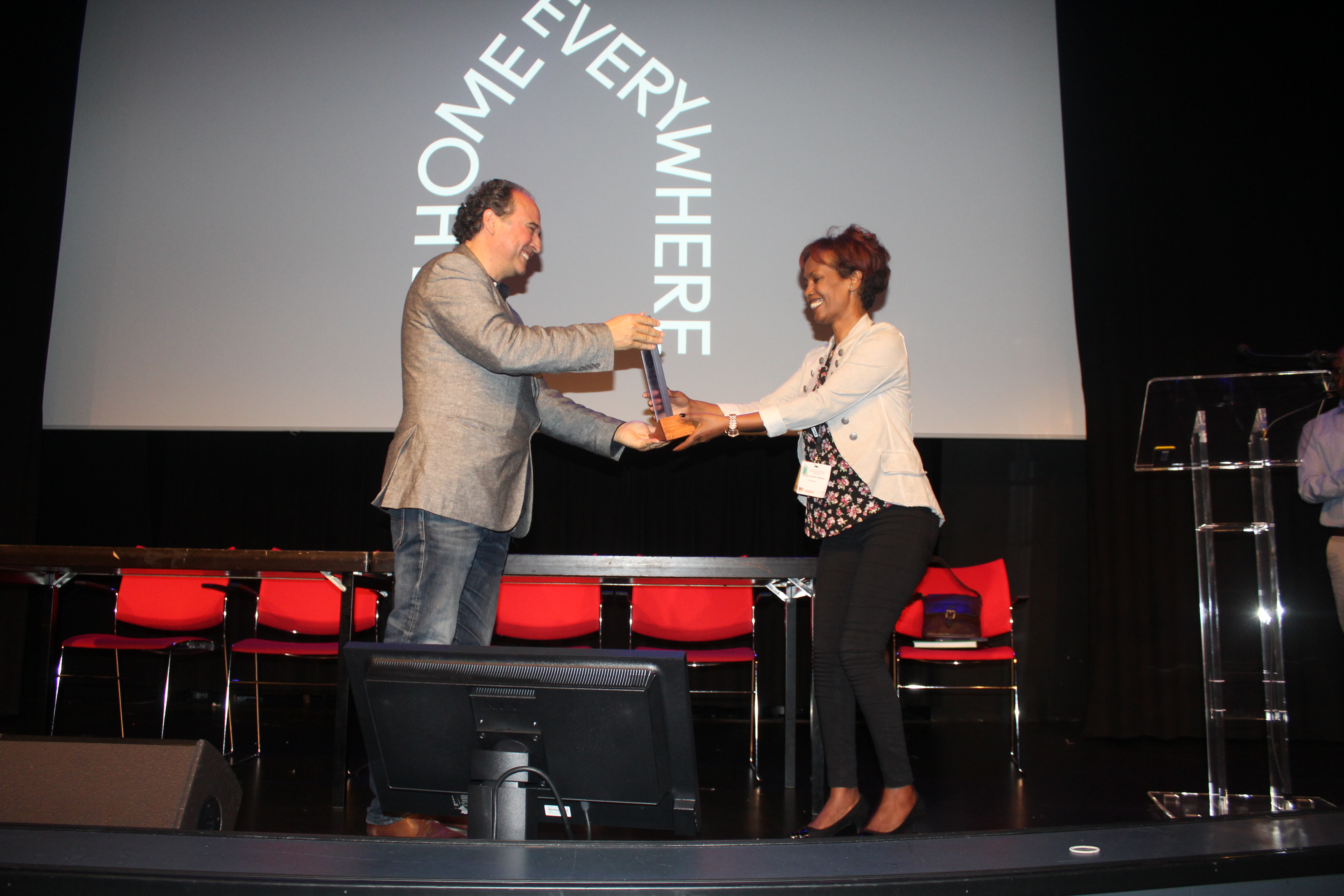 Eritrean exiled poet and journalist Yirgalem Fisseha Mebrahtu has received the first PEN Eritrea’s Freedom of Expression Award at the closing ceremony of biennial ICORN/PEN WiPC conference held in Rotterdam, The Netherlands from May 29th to 31st.

The award recognizes an individual, a group or institution that have made remarkable contribution for the advancement of literature and freedom of expression in an Eritrean context. The winner receives certificate of recognition, a medal, and $1,000.00. The fund for the award was secured from Civil Society Program grant administered by PEN International.

According to the award committee’s report, Yirgalem was selected from four nominees for her extended role both as a poet, organizer of literary club as well as her courageous writings that chronicled the brutalities innocent Eritreans face in Eritrean military prisons.

Meanwhile, PEN Eritrea has participated in the three-day conference held under the theme “At home everywhere.” PEN Eritrea’s founding member Dessale Berekhet Abraham was among the three panelists that discussed the Eritrean-Ethiopian peace process. Dessale and other panelists highlighted the lack of genuine changes of most outstanding issues from the Eritrean side despite the extensive media celebration.

PEN Eritrea is currently holding its annual meeting in Dordrecht, The Netherlands.