A Few Days in my Six Years Detention in Mai-Serwa

“You did not need three men: you could have killed me with a gun”

I assume the medics of Mai-Serwa prison have handled many horrendous cases. It was common to see a young man with good health going to the interrogation room and coming out broken, bruised and bloodied and carried or supported to his cell by the prison guards. My case was not an exception but one among such similar horrible cases.

My situation became the talk of the prison. My condition was critical. Every part of my body except my stomach was bruised, swollen and aching. Once I slept on my stomach, I could not turn a bit. The pain was excruciating and I shuddered at any slight contact with anything. I spent Thursday, Friday and part of Saturday under the watch of the prisons medics.But, my situation deteriorated. The medics reported my condition and, on Saturday, 23 October 2010, I was taken to Halibet Hospital.

I recall, how the doctor, who received me in the emergency unit, found it very difficult to even take a blood sample and find a vein to insert IV cannula. He was shocked by the severity of the bruises and swollen wounds I sustained from the torture. The doctor, who is currently living in Britain, was very sympathetic and helpful to the prisoner-patients who visited the hospital. I have heard he had faced a lot of problems from authorities because of that.

I slept in the prison ward of the hospital for days. I underwent an examination and was given medications. For reasons I did not understand then, my inmates and the prison guards were extremely worried about my condition. Top officials who were not willing to tell their names were also incessantly calling the hospital to inquire after my situation. I needed blood transfusion but finding a person with my blood type became very difficult.

The prisoners in Mai-Serwa were asked about their blood types. They could not find a type matching mine. I later learned that prisoners and prison guards at Adi-Abieto were also asked. The unsuccessful search for a blood donor helped spread the news about me to the public. I still do not know how they got it but the hospital eventually succeeded in giving me the blood transfusion I needed.

I have no words to express my gratitude to the hospital medical staff, prisoner-patients, and the guards. They suffered with me and shared my pain. I will never forget their prayers, care, moral encouragements and professional support.My survival was their top priorities and every time the nurses rotate shifts, their first question was if I was still alive. Since I was unconscious many times, there are things that I cannot recollect. 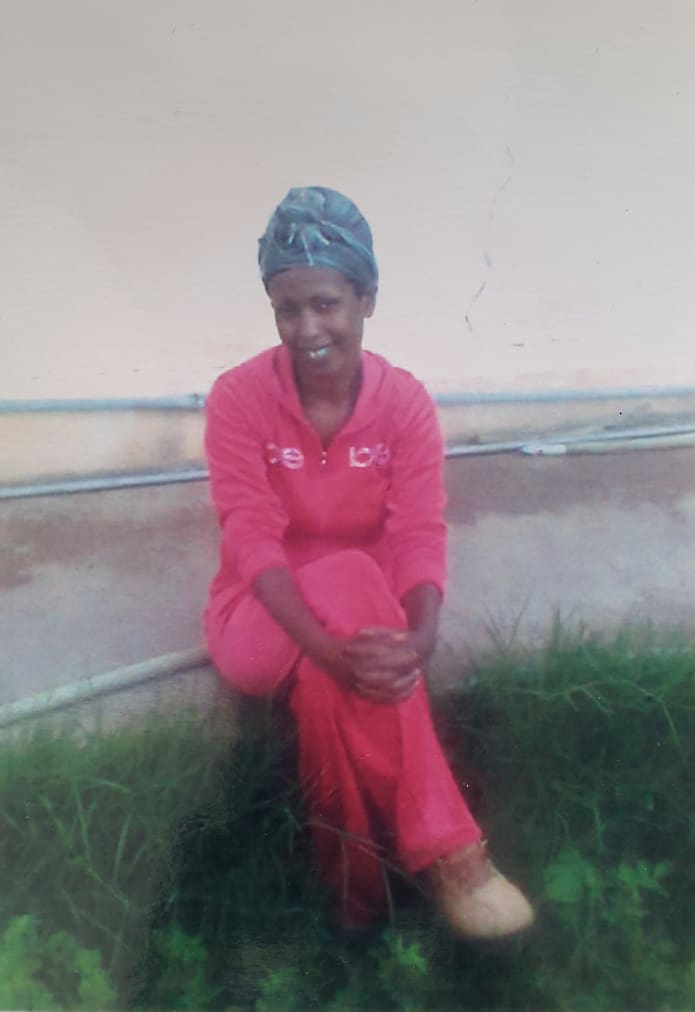 Thanks to the great professional support of the medical staff, my condition started to get better after a long time. When I started taking food, it came as good news to prison authorities.The head of the Adi-Abieto and Mai-Serwa prison centres paid me a visit.

“Has she started taking food?” He asked the guards on duty.

“Yes. She is taking fruit juice.” They replied.

“How are you feeling?” He asked me.

I did not answer his question directly. I wanted the opportunity to say something else. Gathering all my strength I asked him back: “aren’t you the one who interrogated me when we were imprisoned?”

“Now, just take care of your health. I will come back another time and will listen to what you want to say.” He was trying to escape from my questions. There were about five guards and prisoner-patients in the room.

“In the name of Martyrs! Do not move before I finish what I want to say,” I strongly objected.

I had IV cannulas inserted into both of my hands: one for blood transfusion and another for glucose infusion. I hoped that summoning the name of martyrs would force him to listen to me. He prevaricated.

“You know very well that the charges leveled against me are completely unfounded and the questions I am asked are irrelevant. Do you plan to kill me? If that is the case, you did not need three men. You could have used a gun for that.”

“You just take care of your health for now…”

“I have not finished what I want to say…” I replied addressing him by his name.

“You asked me the same questions the answer to which the interrogators have tried to violently wrung out of me. But, I had replied to your questions in our first meeting. It’s been two years since then and I have been waiting to get out of prison. Why am I asked the same questions? What is new? I do not think you people are trying to find information. Their intention is to implicate me in a crime that I did not commit.Do you search for perpetrators after a crime is committed or you just simply apprehend anyone you want to apprehend and then search for a crime to implicate her with? I used to think that interrogators were professionals who uncover crimes not criminals themselves who violate the law…” I vented off my thoughts inchoately attempting to catch my breath. However, the prison head was only ready to hear me not to answer my questions. I did not expect answers either.

To get or not to get better?

In the following weeks, my condition improved a lot. Guards and prisoner-patients began to move me around with a wheelchair and feed me. Meanwhile, rumours, whose sources and purveyors were not known, began to circulate. They were mainly about my imminent release from prison. “They will release you; they are worried that you might die in their hands, therefore if you recover quickly they might reconsider their decision to release you,” counselled some of my inmates. Except wishful thinking, I was not the commander of my fate.

After I regained a little strength, the question of whether it was better to get better or not bothered me. I wanted to think outside what people around me were suggesting. In addition to the internal medical complication that only my doctors knew, I had backbone injuries/pain and weakening of my left leg that anybody can see. I thought if I sleep in the hospital in the hope that they would release me, worse things might happen. “If they initially prevented me from getting a medical attention at Halibet hospital lest information about me get out to the public, they would not dare to send me home with all my wounds and injuries. Therefore, instead of thinking about getting out prison I decided to think about how to get better; take proper medication, proper diet; and exercise,” I reasoned to myself.

Praise be to God, my initiative, combined with the untiring support of the medical staff of Halibet hospital and fellow prisoner-patients, bore fruit. My condition progressively improved. I improved from moving around with a wheel chair to moving with crutches and then to moving around without crutches using walls or leaning on someone.

Nurses and nurse assistants in the prison ward of the hospital rotate every other three months. In the five months, I stayed in the hospital, I met different kinds of medical staff: some very caring, sympathetic and supportive, and others indifferent, apathetic and outright cruel.

The rumors of my imminent release proved to be only rumours. After five months, I returned back to my prison cell.

*Journalist and award-winning poet Yirgalem Fisseha Mebrahtu has published her works extensively in Eritrea’s mass media starting from the heyday of the private newspaper era. From September 2003 until the government raid and subsequent ban in February 2009, Yirgalem worked as a journalist and host at the educational Radio Bana, sponsored by the Eritrean Ministry of Education. Yirgalem was released from the military prison on 21st of January 2015 after six years. She left the country in March 2018 and now lives in exile.

**Samuel Emaha is a PhD student of history at Queens University, Canada.