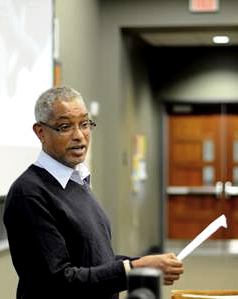 A Statement from the President

A Statement from the President, Prof. Ghirmai Negash

In times of abysmally worsening political and human conditions in Eritrea, it was imperative that concerned advocates of human rights initiated PEN Eritrea. Pen Eritrea is an autonomous, non-partisan organization, and strives to give voice to the plight of all jailed journalists, writers and artists in the country, regardless of their ethnic, religious or political creed. Its formation is a small contribution in the long road towards liberty and democracy, but I think that its creation was a victory for all freedom loving Eritreans within and outside the country.