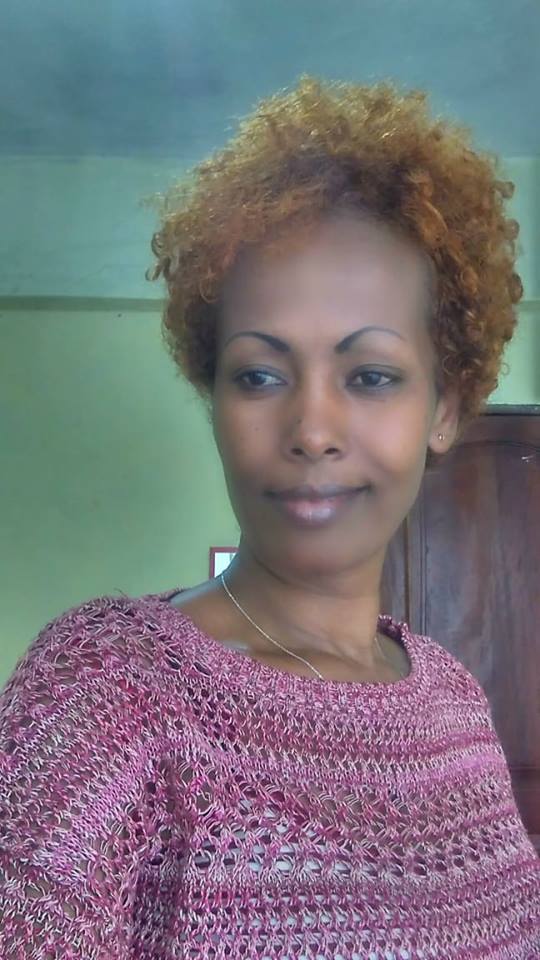 A Few Days in my Six Years Detention in Mai-Serwa*

“You called for the President’s assassination”

For the safety of the people discussed in the story, I will not mention names.

Following a strong official notice from a day before to all employees of Radio Bana to duly come to a meeting on 19 February 2009 at 4:00 p.m., everyone congregated around the head office and began to conjecture about the purpose of the meeting. The meeting lasted for about forty minutes without any clear agenda, leaving many of us wondering why they even had called us in the first place.

Health Panel, which I worked for, had the most spacious office of the building and was at the entrance corridor. A heavily-built man accompanied by a fully armed soldier stormed into our office as members were talking about the need of the meeting. He asked after our division director and the general-director of Media and Adult Education of the Ministry of Education.We told him that the office of the general-director was outside the premises. He said he was sure that the director was in the premises. He did not have time for clarification and immediately left our office.

I called my division head through the internal telephone line and informed him that some people were looking for the director general and they did not seem okay. The man and the soldier were already in his office and he hanged up by saying that they were already there. The discussion of the members of the Health Panel moved from the possible subject of the convened meeting to the two strangers. Few minutes later my telephone rang, “Yirgalem, can you come to my office for a minute?” He was my division head.

I found his small office packed with people: the director general, some unit heads, staff and employees of the radio station–my colleagues. The man who stormed into our office earlier began to call names. He called many of us including six female employees. We all gathered in the office.

Later in the detention center, the very same night, I was asked where I had put my laptop and USB disks; the objectives of Radio Bana; the programmes that I produce and host; if I listen to Eritrean opposition radios; from where the Ethiopia based opposition Radio Wegahta broadcasts; if I had a bank account; how much money did I have.

I became confident that they had mistakenly apprehended me and would release me after some investigation. Three days after our detention, on Saturday 22 February 2009, I was summoned from my cell to the prison headquarters. The interrogators asked me multiple questions. Except with one question, I was comfortable with the rest.

“You have said, ‘Has the country run short of bullets to shoot the man?’”

“Which man?” I asked with shock and disbelief.

“You said that. We have witnesses.”

“To whom did I say that? One can’t say such things just like that. Can you tell me the person who relied such information to you?”

“We will bring you a witness who will remind you to whom and when you said that.”

They never brought any witness.

For years later, my fellow inmates would say, “You are the kind of person who called for assassination of the President,” if I challenge them as way of softening the conversation. Whenever they brought this, my hope for release from prison used to wane.

When he came to my cell with two other prison guards to collect my email and password, we had brief exchanges:

“You are looking great, eh?”

I did not reply.

“Yes. That is the only email account I have.” I replied which was not true.

I was thus meeting the interrogator for the second time. He signaled me to sit in a chair in front of his desk.He asked me about my health and general conditions. And then he warned me: “lest we resort to the worst interrogation technique, I advise you to tell the truth.” I nodded in agreement. Some of the questions he asked me were funny. Some, I could not fathom how they had anything to do with me. And some other questions were not clear why they were addressed to me.

Some of the main questions of the day were:

“You said there is no electricity and telephone services in Adi-Keih.”

“I do not remember to whom and when I said that but, as there is no electricity and telephone services in Adi-Keih, I might have said that.”

As we could not agree on the intent and details of what he claimed I have said about the lack of electricity and water in Adi-Keih, he ended the question by threatening me that: “since you had written that in an email, I will present to you a written evidence of what you said.”

“Do you know so and so from the Ministry of Information?” He had his name wrong, but from the detailed description of the person, I knew who he was referring to. However, I chose not correct him and replied: “I do not know the person you are talking about.” He checked his file and found his correct name and job description.

“How are you related to him?”

“We are childhood friends.”

“I know about that. There must be other ways that you are related.”

“We do not have any relations other than that.”

“He is with us in Adi-Abieto prison.”

“If the person claims to have been related to me in different ways then you tell me.”

“I will bring him here.”

He moved to another question.

“Listen! What do you think is the reason of your detention?”

“I say I am detained for no reason.”

“You think the government has detained you for no reason?”

“Yes, I think the government has detained for no reason.”

“So, if you are released, are you going to write that you were detained by the government for no reason?”

It was a tricky question.

I might as well have said “If you release me, I won’t say a peep.” But, he would realize that I did not mean it. I imagined him laughing and joking about me begging and prostrating for forgiveness and freedom.

“I would write if I do not fear for second detention.” I replied in soft and low voice, equivocating between fear and courage.

“You said you only have one email account, right?” He passed on to another question.

“Lest you face the worst speak the truth!”

“That is the only account I have.” I replied. But, my stomach turned in fear.

“Whose email account is ‘justice-seeker’” he stared at me with frightening look. I avoided his eyes.

I occasionally used the email account to communicate with a certain writer I had never met in person. In the months leading to my detention, our communications with him were very scarce.

The only reason why I did not tell the interrogator about this account was because I was afraid that he might read too much into the account name, ‘justice-seeker.’**** I wanted to escape from possible questions as to its meaning and potential associations the interrogators might drew in their mind with the Eritrean opposition.

I was sure that he would not find anything incriminating in my email communications. But, by denying to having a second email account, I have helped him to have a talking point.

“Can you repeat it for me.” I asked to find time to collect my thoughts and find justification for not telling him about it. I struggled to hide my fear.

He repeated it confidently.

“I don’t remember it at all. But, I had many accounts that I used to prank my friends and acquaintances with. I opened them for fun and used to forget them quickly because I never used them for serious communications. The account you are talking about might be one of the various email accounts I had created for such purpose. But seriously, I do not remember this account at all. The email account I used for serious communications was the one that I already gave you.” He smiled at me and looked at his watch.

“You can go. But, do not think we are done with you. We will continue the interrogation on Tuesday. I will come with the witness and written proof. Be ready.”

He collected his files.

“See you on Tuesday,” he repeated. Even though, the whole session was harrowing for me, it seemed to be a sheer entertainment for him. As a Tigrigna saying has it ‘what is a matter of life and death for a mouse is an entertainment for a cat.’

He never came on the said day. He and other two interrogators would come back to me after a year, on 20th October 2010, with sticks and handcuffs.

*One of the various underground military detention centers found in the environs of Asmara, the capital city of Eritrea. The center is used for the detention of many senior military officers, political prisoners, and national service dodgers.

** Another notorious detention center in the environs of Asmara. Prisoners tell the story of torture and extortion. The center came to the attention of the world media after prison guards shot and killed a number of prisoners who apparently attempted escape in 2004 in the wake a massive round up in the capital.

-Journalist and an award-winning poet Yirgalem Fisseha Mebrahtu has extensively published her works in Eritrea’s mass media starting from the heydays of private newspapers era. From September 2003 until its raid and subsequent ban in February 2009, Yirgalem worked at the educational Radio Bana sponsored by the Eritrean ministry of education as a journalist and a host. Yirgalem was released from the military prison on 21st of January 2015 after six years. She left the country in March 2018 and now lives in exile.

-Samuel Emaha is a PhD student of history at Queens University, Canada.