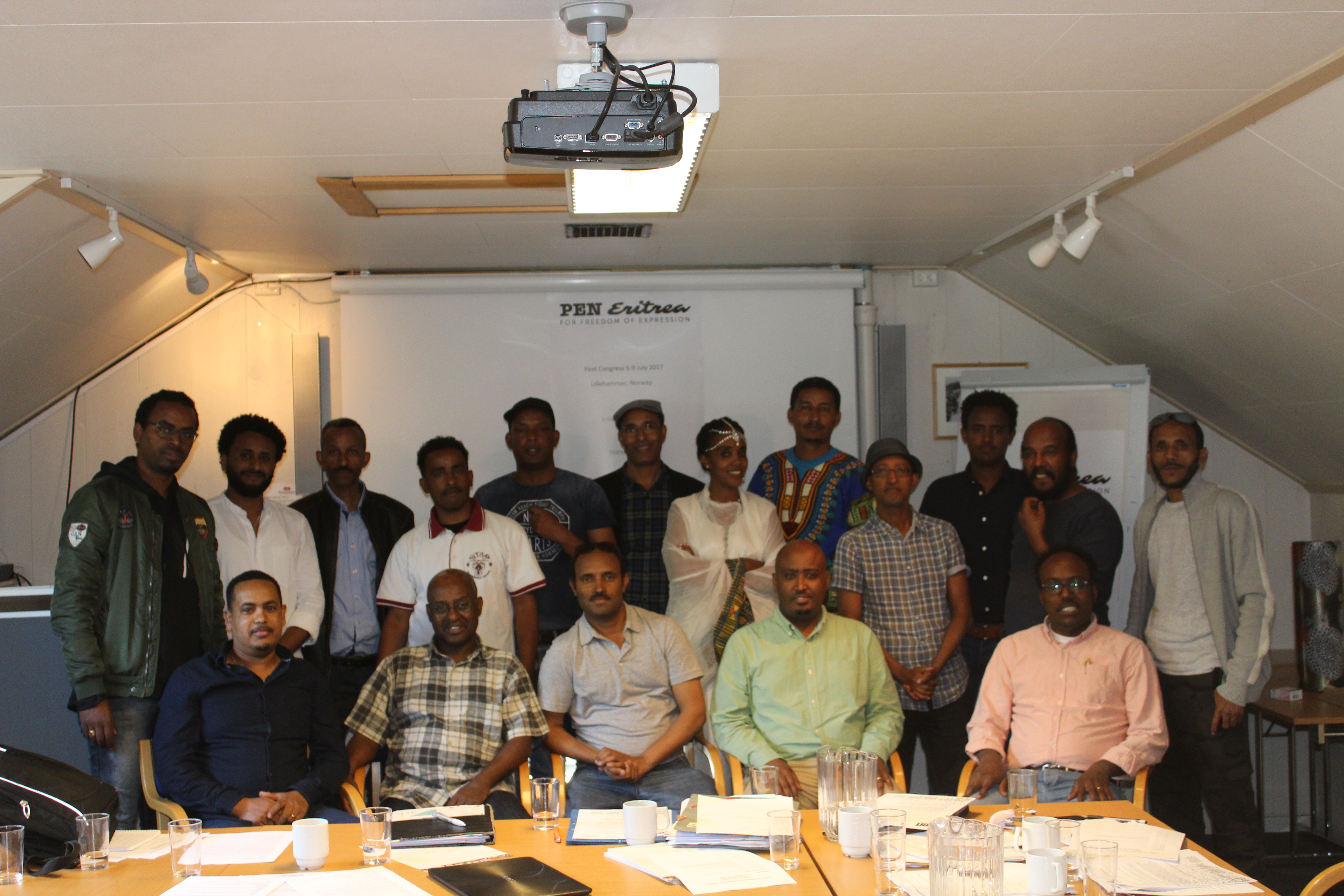 PEN Eritrea in exile, successfully, conducted its second congress in Lillehammer, Norway, between 5th and 7th July 2017. The congress was attended by 17 active members who hailed from
Norway, Sweden, Germany, Switzerland, U.K, France, and U.S.A. The congress was the first physical meeting since its establishment in October 2014.

The congress deliberated on the activity report of the Executive Committee, discussed challenges and opportunities experienced since its establishment, and benefited from a presentation made by its sister organization, PEN Norway, on the development of strategic planning.

In the congress, the General Members have also elected the center’s President, Executive Committee, and Advisory Council that will be serving for a term of three years, according to its newly ratified charter.

Accordingly, the General Members re-elected unanimously Mr. Haile Bizen for the position of President of the center and the Advisory Council as well as Dr. Daniel Mekonnen and Ms. Saba Kidane as members of the Council.

In light of the decision reached by the general members, in PEN Eritrea’s first congress held on 30th July 2016, to minimize the number of the leadership for the purpose of efficiency, the Executive Committee has been restructured to be composed of three positions – Executive Director, Secretary, and Treasurer. As a result, Abraham T. Zere, Mogos Okubamichael, and Tedros Abraham are elected, in secret ballot box, to the positions of Executive Director, Secretary, and Treasurer respectively.

The General Members, the highest legislative body of PEN Eritrea, in the congress, have also outlined directives to the Executive Committee to develop a three-year Strategic Plan, as well as long and short-term feasible project proposals.

*Tedros Abraham is Treasurer of PEN Eritrea and can be reached at tedros@peneritrea.com