To write one book about Eritrea – a book aimed at ordinary readers, I mean, rather than academics — is a fairly rare event. I can count the number of non-Eritreans who’ve attempted it in the last five years on the fingers of one hand. To write two suggests either an obsessive personality or the nagging awareness of a job left unfinished. Like an airplane trying to land in high wind, the writer has circled around for a second attempt. And so it has been for me.

I’m still proud of my first, non-fiction book on Eritrea. Which is a relief, as I Didn’t Do It For You ((2005) took four years to research. It told many of the stories I’d heard during my trips to Eritrea but had never seen pulled together and printed between covers. Exploring archives in the London and Rome, talking to former US and Russian servicemen in Florida and Moscow, I fleshed out the tale of governor’s Ferdinando Martini’s love affair with Italy’s first colony, former suffragette Silvia Pankhurst’s campaign against British asset-stripping, and the high jinks of the American GI’s who worked at the Kagnew Station listening post. 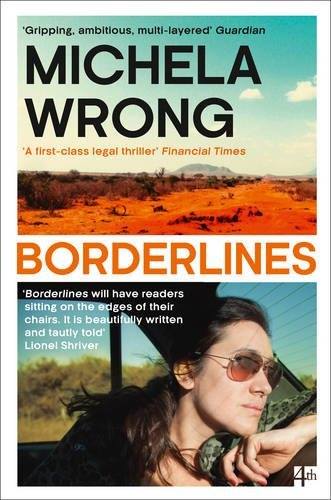 I juxtaposed these stories of colonial intervention and Cold War real politik with the awe-inspiring memories of a different group of military veterans: Fighters who had taken part in the Struggle, crouched in Nakfa’s trenches as Soviet MiGs flew overhead. The book’s sales were modest, but it was incredibly rewarding to receive emails from young Eritreans, usually in the diaspora, saying: “I used to listen with only half an ear to the stories my grandparents and parents told when I was growing up. They now make sense to me.”

But the story told in I Didn’t Do It For You ended soon after the 1998-2000 border war with Ethiopia and the arrest of the G-15. It only mentioned in passing the most striking, and heart-breaking, characteristic of contemporary, liberated Eritrea: the exodus of its despairing youth. There was a good reason for that. Back in the noughties, when I was doing my research, the phenomenon was nothing like as dramatic as it is today. By the time I reached that episode in the chronology, my book was already over 400 pages long. Only a very confident — or arrogant — writer expects their readers to maintain focus much beyond that. So I brought the book to a close, while knowing there was so much more to say.

Returning to the Horn of Africa with “Borderlines” allowed me to scratch that itch, exploring themes I’d given only cursory treatment the first time around. Borderlines focuses on an element that had come to fascinate me while I was writing I Didn’t Do It For You– the court process that kicks into action at The Peace Palace in The Hague when two countries decide to submit a quarrel over a frontier to international arbitration.

Ask an Eritrean official why it is necessary for the country’s younger generation to do open-ended military service and they will point to the border dispute, the boundary commission’s ruling, Badme’s continuing occupation by Ethiopian forces and the West’s decision to turn a blind eye to this violation of international law. One may challenge the honesty of that government explanation – there are other reasons why a regime obsessed with control might want to keep Eritrea’s youth busy drilling in Sawa – but it deserves a mention, at least. Yet you rarely see it cited in Western media coverage of the migration crisis. So Borderlines allowed me to tackle a sorely-neglected topic, of pressing relevance – it seems to me – to any African country with a badly-defined border and strained relations with its neighbours.

Why do this in fictional form? Because it allowed me to peer behind the scenes, at the motives of the Western lawyers who end up arguing these sorts of cases, the methods used to construct or win arguments, and the sometimes pragmatic, occasionally sinister reasons why the outcomes of these court processes so often disappoint once they come into contact with reality. The growing cynicism of Paula Shackleton, the traumatised British lawyer who works on the case between North Darrar and Darrar alongside her eternally idealistic African-American boss Winston Peabody, mirrored my own disillusionment with international arbitration in particular, but universal justice in general, as a way of solving African disputes.

There was another reason for choosing to fictionalise on the second attempt. A novel allows you to explore mindsets and emotion in a way that is sometimes  impossible to do in non-fiction, where every claim has to be substantiated and proved, sourced to this letter, that interview, this report. The mounting sense of claustrophobia that grips a society when its ruling party gives itself the right to dictate the smallest details of its citizens’ lives. The hysteria felt by my character Dawit, an ex-fighter, when he realises the cyber café he’s been planning – a symbol of modernity and intellectual freedom for him – will never see the light of day. The fury that sweeps over Paula when she discovers that even her head-clearing evening jog is no longer “allowed”. These were my attempts to convey the bursting frustration that pushes young Eritreans to take what can seem extraordinarily foolhardy decisions, entrusting their futures to human traffickers and the rigours of the Sinai desert and the Mediterranean Sea. Balked and belittled, the inhabitants of North Darrar feel they are living, as one of my characters puts it, “in a permanent state of disrespect”. To stay means the passive acceptance of indignity.

So Borderlines expressed my need to move beyond the dry facts and figures of the official record and capture how history feels, subjectively, to those who are living it. I receive several publishers’ catalogues so I know that other Eritrea books intended for the general reader are now in the pipeline, some written by friends. They focus on the refugee crisis, migration trends, and Eritrea’s contemporary crisis. It was well past time — Eritrea’s low profile was always an anomaly, a source of bafflement. As for me, well, once you become fascinated by a society and its history, the interest never really fades. One day, perhaps, my airplane will come round for a third pass. There’s always room for improvement, after all.

You can read some reviews of the Borderlines:

*As an international correspondent for Reuters news agency and the Financial Times, Michela Wrong’s engagement with Africa spans more than two
decades. She has published three non-fiction books: on Congo In the Footsteps of Mr Kurtz (2000) (winner of a PEN Prize); on
Eritrea I Didn’t Do It for You (2005); on Kenya It’s Our Turn to Eat (2009). In addition to her two books about Eritrea, Wrong has
written many journalistic articles about the country. Borderlines (2015) is her debut novel. You can follow her on Twitter: @michelawrong