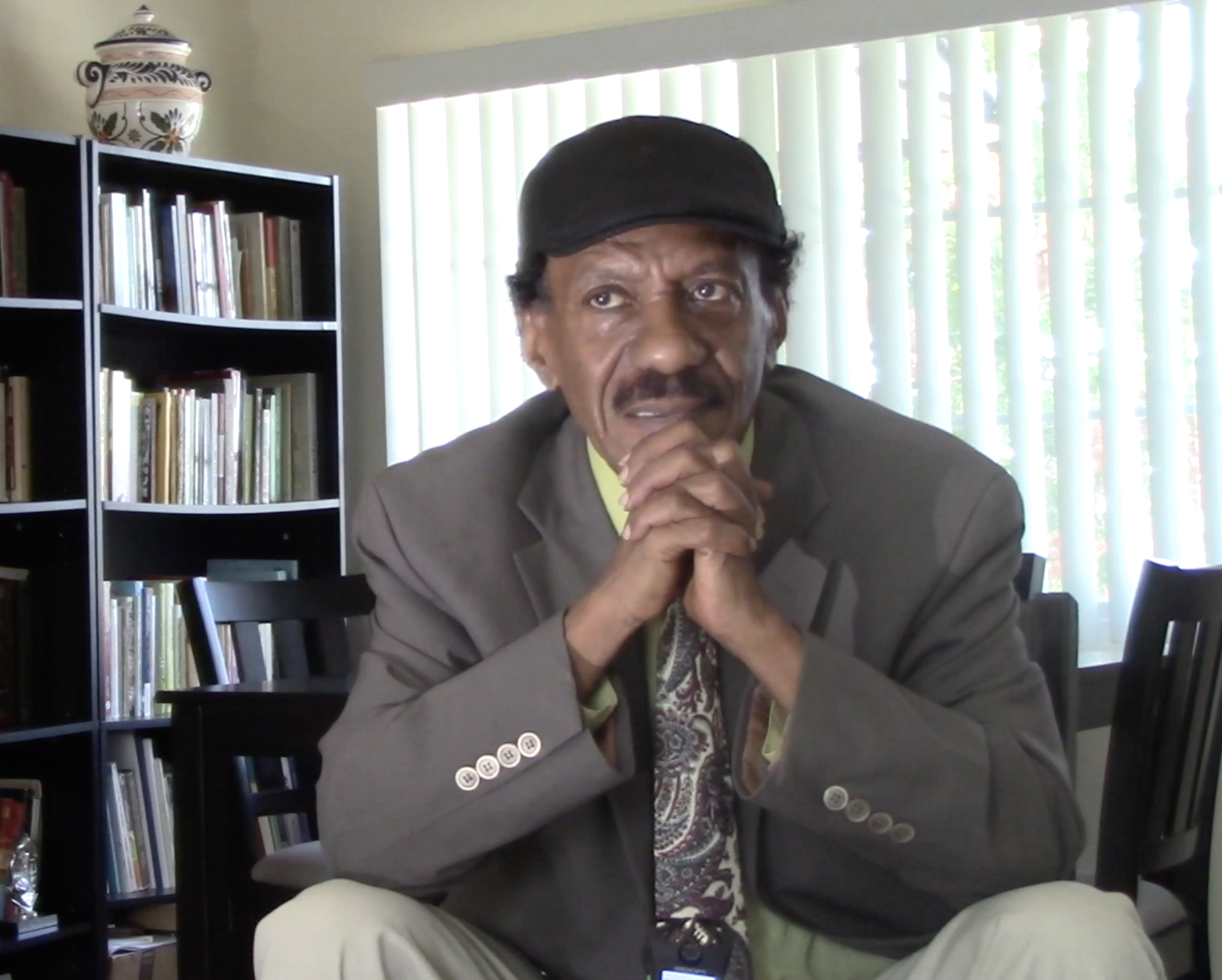 For the last two decades, awate.com has been the name synonymous with Eritrean independent media, where nationals inside the country would go through the discouraging internet connection and ubiquitous surveillance of the police state to have a glimpse of their country, as all independent media have been closed since September 2001. Indisputably, it is among the first sources any independent researcher, rights organizations and stakeholders would consult to have a sense of Eritrea; both the public discourse in the diaspora and the developments inside the country.

Saleh “Gadi” Johar is credited for establishing and maintaining the website that progressed as Eritrea’s free-thinking space platform. His long-time colleague and awate.com’s founding member Saleh Younis describe his name-sake, “consistent, visionary and most self-reliant.” Adding that he is most committed person who is willing to put in the time for activism, “at the expense of everything else: career, family, relationships.”

On Friday, the 18th of September, 2020, PEN Eritrea named Saleh “Gadi” Johar as 2020’s Freedom of Expression Award winner for “remarkable work as editor and founder of the website awate.com, which changed the Eritrean media scene by practically demonstrating the values of perseverance, integrity and commitment to defending the freedom of expression and promotion of  literature.”

ATZ: Mabruk on the overdue recognition. What does it mean to be honored as PEN Eritrea’s Freedom of Expression Award winner on the day the Eritrean press has been banned?

SGJ:  It’s a great honor and I am humbled. I appreciate those behind the nomination, the directors of PEN Eritrea and all involved in the process. I am delighted and appreciate the gesture.

ATZ: The Award Committee has honored you for consistency, professional integrity, and commitment. This year awate.com, which you founded and edited has celebrated its 20th anniversary. Have you ever imagined awate.com would go this long or would face difficulties as such because the landscape of the Eritrean press was relatively better then when you started?

SGJ:  No. I haven’t imagined the Eritrean quest for peace and normalcy would take this long. First because we as a people have invested in it heavily, not only in blood and sweat, but in the hope of elevating the status of our people to a better situation. I didn’t think demanding and realizing an honorable treatment of our people under the rule of law would be this difficult—particularly when we have to demand that from those who take pride in having spent most of their lives in the struggle for the liberation of Eritrea and the freedom of Eritreans. We know of the rhetoric, “liberators turned jailers” but I never thought we will go through that painful experience. It is so painful because we still have not secured neither enjoying freedom of expression nor the freedom to talk about it openly—I didn’t imagine the regime would consider talking about it a major offense. I though we will take that for granted in a short time. Unfortunately, we didn’t. And remembering the victims of the regime, those who were taking baby steps in building the nascent Eritrean press, and the fact that they imprisoned the few journalists and editors we had, is distressing. It gets worse: twenty years later, we don’t know their whereabouts. It’s too painful.

ATZ: You are an activist, a journalist, and a novelist, which in normal situations are difficult to combine. How do you find balance between the three? Can a political activist claim to disseminate impartial information?

SGJ: It depends on the cause, the dedication and resilience of a person. If the cause is a just cause, everything is not only worth the effort, but it becomes easier. It’s just like being a father, a brother, a husband, a son, a friend, a colleague, etc. They are all different roles, but you don’t think you are switching roles when you deal with many people, it is seamless. It comes through, naturally. An activist? I am one because throughout my life, experience shaped my character in that way. It’s has to do with my surrounding, my experience, and my upbringing; I had to copy my late father who went through difficult times due to his involvement the Eritrean liberation movements. I am a journalist because I decided to help fill the vacuum created by the imprisonment of the Eritrean journalists and editors. And I abhorred the fact that only the regime has the loudest megaphone—journalism came to me; I didn’t go to it. I was not prepared for it either. As for how I turned into a novelist, it is a long story; I liked writing since I was in middle school. Overtime, I honed my skills and as you know, practice makes perfect, though I am nowhere close to perfection. But I strive to be. The three hats you mentioned are mostly a product of the last 25 years only. Incidentally, I have more hats that I can wear if we didn’t have to waste our time to achieve freedoms that should have been guaranteed. At any rate, the three hats you mentioned are enough for today.

ATZ: Since its inception awate.com has maintained balance and kept its integrity despite the arduous journey of Eritrean media. Can you share with our readers the process behind? How do you collect information? How do you fact-check it? How do you keep your professional integrity when the Eritrean regime would deliberately send tips to tarnish credibility of the media outlets?

SGJ: If one is engaged in a noble cause, integrity is a must. No one should take a popular struggle for freedom as a hobby. Luckily, as the regime was jailing our journalists, the internet was becoming easily accessible despite the 256k speed. It was a blessing and we took advantage of that tool. Such a cause also requires honesty, once people understand a just cause, it’s recognized and stands on its own. We achieved credibility (and of course we challenged the wrath of the regime) by staying focused and persistent. We were also ambitious, we wanted to present something freedom loving people would be proud of. We copied styles and guidelines from the best international press. It was not easy, but we engrained that value in awate.com. So, we attracted all the serious activists, writers, thinkers… thereafter, once trust we achieved the trust of many readers, people from inside Eritrea were willing to cooperate with us. Still, we followed the three-step verification and we never took a news lead before scrutinizing its veracity simply because it sounded juicy. We never considered our operation a popularity contest, we just let our work testify for itself. We didn’t preach diversity, we practiced and displayed it on awate.com. But getting stringers and collaborators from Eritrea and elsewhere was not easy, but we were lucky to have attracted honest, dedicated and brilliant people who made our work easier.

As for the regime’s campaign against us, it was so bad and painful I try to forget it. The worst part is they attacked us on our strength—and they branded us Jihadists, Islamists, Ethiopian lackeys, Weyane foot-soldiers, sectarians… all the damaging influences that we avoided and fiercely fought against. And here we are 20 years, when we don’t have to defend against the defamations. You see, hindsight is much clearer; our stellar achievements and records speak for themselves.

ATZ: How does awate.com sustain financially? How did you cover the expenses the last 20 years?

SGJ: Awate was always a self-financed project. It was always a labor of love. Everything I had and owned was spent on sustaining it or in sustaining myself to sustain it. We knew it was a long tern commitment and always wanted to structure it in a way that outside funding would be possible. but that was not possible because funders would want to dictate our operations and policies. Thus, we ruled out and rejected solicitation of funds from institutions under the excuse of organizing make-believe conferences and expensive meetings. So, in short, our project is self-funded with support from our readers, colleagues, and a few, (very few outstanding friends) who help and contribute every time we ask for help.

Our basic operational cost is $12,000/year and last year was the first time we achieved about $13,000. Otherwise, it is like this year for example; we are in September and we have collected only $3,100. Unfortunately, the liberal constituency that we serve is either too small or too uncommitted and we will never depend on a specific party, sect, region, or any social group for the sake of funding–its Eritrea focused and that is how it will remain.

ATZ: At the age of social media when most people have turned into citizen journalists, how do mainstream media like Awate find themselves? Do you get squeezed? Can you share with us the pros and cons of the new media technology? (If you could also address the reason why you started Negarit with that).

SGJ: Social media is good for distribution, but journalism is not about soundbites and sensationalism—it’s more than that. In our activities, we use it to stay connected and for wider distribution… also for finding talents. “Citizen journalism” is a growth in otherwise peripheral areas, it doesn’t take a chip from serious journalism, but it is damaging the memory span of people. Many are becoming avert to reading serious stuff and news in headlines, not thorough analysis—many people have stopped reading altogether and think they can get all their knowledge from social media platforms in two or three sentence portions or soundbites. I don’t think social media increased the pursuit of knowledge, or creation of knowledge, but it immensely helped distribution. On the downside also, it just created many intruders to journalism and scholarship. It’s common to see unqualified people act like knowledgeable people because social media is good at inflating the ego. That is why many consider social media platforms as an alternative to literature and library though the Internet libraries are a big help to nurturing knowledge and refining cultures, despite the spread of civil strife and propaganda.

Negarit, my YouTube channel, is aimed at the young whom were greatly wronged by the PFDJ. I decided to start it after meeting so many young people whose educational level saddened me. Once I was talking to young man and we raise the French revolution. He didn’t know what it was though he said he had finished eleventh grade. I was mad and I took my frustration at him. He said, “Ata Saleh, they didn’t teach us anything but Fenqil Operation.“ His reply saddened me more and I decided to do something about it, trying to simplify issues and introduce them to different concepts. It’s still developing, and I will tweak and fine tune the program with time.

ATZ: If you have any special message to the Eritrean ministry of information or the minister himself on this occasion.

SGJ: I don’t know why they need one, they should just move to social media because the quality of information is of that level—populist propaganda. You think they deserve a message, or it will get through their thick skull? Well, let them spread ignorance and timidity—it just means Eritreans will have to deal with bigger problems when we become a normal country. No. I do not like to talk to walls.