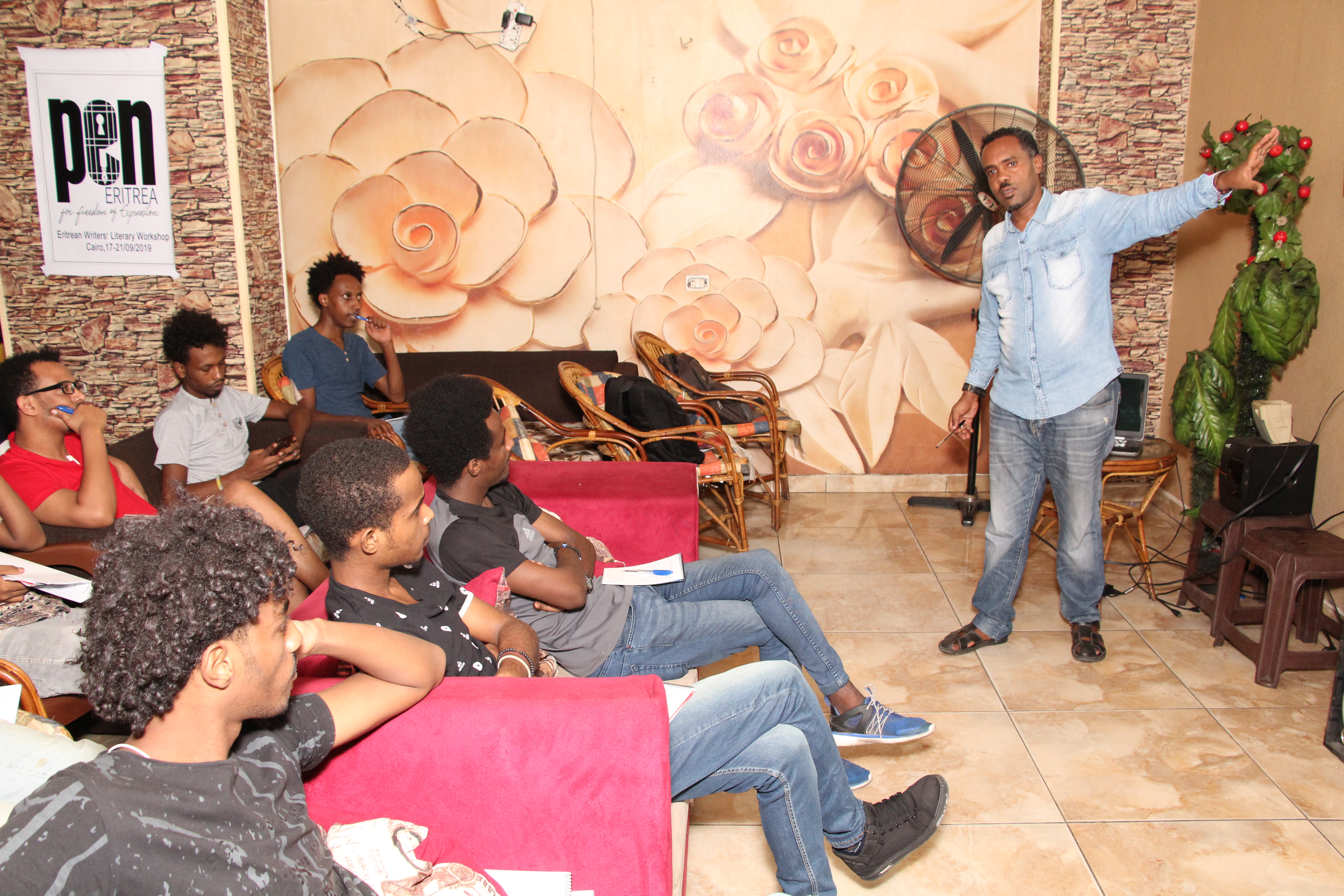 PEN Eritrea conducted workshops to Eritrean refugee writers in Cairo and Kampala from 17th -21st of September and from 30th of September to the 1st of October, respectively. More than 45 participants —collectively – took part in the workshops. The sessions were offered as part of PEN Eritrea’s Breaking the Silence project which is implemented in collaboration with PEN International Civil Society Program and aims to promote literature by enabling refugee writers to document, write and share their experiences.

In Cairo the seminar was offered by Akeder Ahmedin Issa, former associate editor of Tsignay, a private newspaper banned in September 2001, a short story writer, a playwright, and former chair of Eritrean Film Rating Committee. He was spared of the 2001 arrest as he was deployed in the front during that time. He left Eritrea in August this year to escape the recent crackdown that targeted the media and art communities.

There are more than 16-thousand Eritrean refugees in Egypt at present, according to UNHCR report. As Libya’s route has been closed due to the looming dangers, Egypt has turned into Eritrea’s own Casablanca where many await indefinitely with the hope of relocating to a third country as many of them were refouled from their journey to Israel.

Uganda, being a visa-free country for Eritreans and a relatively friendly state, has also turned into one of the popular destinations for the destitute Eritreans.