Five Years on: Tribute to a Pioneer Journalist 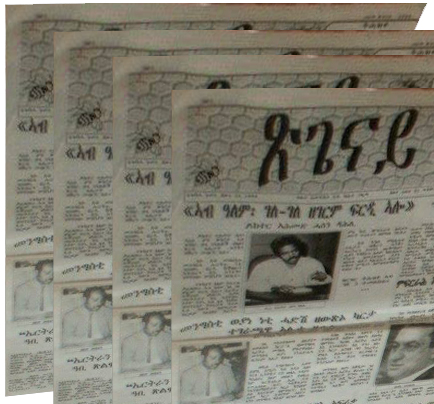 Eritreans who lived in Port Sudan in the late 1970s and early 80s, especially those who attended Comboni School in that city, would remember Yousif Mohammed Ali. Slightly shy and serious looking, of medium height and fairly black complexion, Yousif was recognizable by his big afro and a distinctive grin. He was also known for his football virtuosity. He was one of a number brilliant footballers in the school including Mohammed Ibrahim, Abrahazaid, the late Ibrahim Idris and Ibrahim Yassin.

Raised in Asmara, Yousif had, as a teenager, joined the tens of thousands of Eritreans who trekked to Sudan. He ended up in Port Sudan where he immediately took to national politics by joining the General Union of Eritrean Students (GUES), affiliated to the ELF. In 1978, he was elected to the leadership of the Port Sudan chapter of GUES of which he became the chairman the following year.

I remember him presiding over our weekly general meetings – his fingers unconsciously working his afro into little knots as he addressed the student body in his calm, rather deliberate, style. Yousif was an embodiment of the dedicated student activist, wholly absorbed in the national cause, that was emblematic of the era. The student movement in those days was a major platform for young Eritreans to embrace the national struggle. Thousands (from both the ELF and EPLF blocs) eventually went to the ‘field’ and many paid the ultimate price.

Naturally the student movement had its share of diverging views and disagreements on political or organizational matters. But, whether one agreed with Yousif’s views and leadership style or had differing views, one fact always remained indisputable: his decency and dedication to the national cause. Yousif was that kind of person who was incapable of staying indifferent when it came to public matters. He always cared.

And it was this predisposition to engaging in public affairs and commitment to the welfare of the Eritrean people that led him, after years of exile, to return to Eritrea in the mid-90s and embrace the then nascent independent press. He joined the editorial board of Tsigenai (which included GebrehiwetKeleta, another disappeared journalist), and soon became its chief editor. I visited him occasionally in his tea-shop, a place he had rented in the Tabba area of Asmara that also doubled as the editorial offices of Tsigenai and a meeting place for many of the young reporters and editors of the fledgling independent press – journalists full of creative energy and optimism but too poorly resourced to afford their own offices.

Given his deep conviction that a free press had a crucial role to play, it didn’t take Yousif long to assert the paper’s independence and test the Regime’s fragile façade of tolerance. When the Government’s censorship bureau (in the Ministry of Information) called to a meeting to give orders requiring advance submission of press-ready manuscripts for approval, Yousif was one of those who voiced their strong objection. He emphasized the concept of responsibility on the part the journalist as opposed to censorship by a higher authority. This is a translation (courtesy Awate Team) of a statement in one of Tsigenai’s editorials that captures the principled stand of its editors:

Tsigenai’s major journalistic breakthrough, a significant milestone in the brief history of the independent press of 1998-2001, came when it published the first interview with one of the leaders of the reform movement, the G-15. The interview with Mahmoud Sherifo opened the doors of the private media to the reformers and gave them a much-needed outlet to address the Eritrean public. More interviews followed: MesfinHagos, Hamid Himid, Petros Solomon …

Five years on, I pay tribute to all the pioneers who gave us a taste of what it is to be free in that luminous, albeit brief, spring of Eritrean freedom. I salute the editors, reporters and writers of Mestyat, Keste Debena, Setit, Tsigenai, Admas, Meqalh, Zemen, and Wintana.

Last month I read the disturbing (though unconfirmed) news of the death of some of the prominent political prisoners, including some members of the -15 as well as some journalists, among which the name of Yousif was listed. I don’t rule out the possibility of such gruesome act from a vicious, sadistic and corrupt system. I just hope it is not true.

*Ahmed Raji is a development cooperation specialist who has worked for the UN Development Programme in Eritrea and elsewhere. Ahmed writes on Eritrea’s current affairs in Eritrean independent media and his blog. Now based in New York, Ahmed used to write from Asmara under the penname “Events monitor”. He can be reached at  ahmedraji9@gmail.com