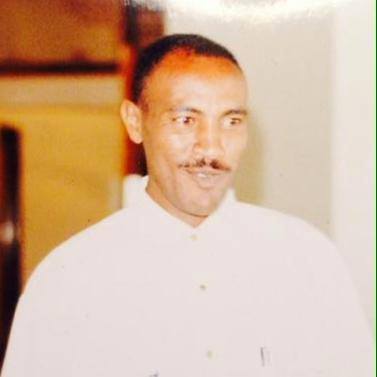 Eritrean award-winning poet and Zemen’s former editor-in-chief, Amanuel Asrat has received Oxfam Novib/PEN Awards for Freedom of Expression in absentee at the opening night of Writers Unlimited Winter Nights at The Hague, on January 14, 2016. The two co-recipients of the award are Turkish journalist and filmmaker Can Dündar and Egyptian writer, Omar Hazek.  The award is given in honor of writers who have fought courageously for freedom of expression despite at the risk of their own lives.

One of the key-note speakers of the event, the president of PEN International, Jennifer Clement states: “This award honors the courage, the commitment and the sacrifices these writers have made for freedom of expression. With this award we declare to these writers – and to those who persecute them – that their voices are heard, that they are never forgotten.”

Eritrean journalist and poet, Amanuel Asrat has been incarcerated since September 23, 2001 in an undisclosed, maximum security prisons along with other journalists and former government officials who demanded reform. Amanuel (b 1971), a graduate of soil science and water conservation of University of Asmara, is credited for Eritrea’s poetry resurgence of 2000s. An award-winning poet and critic, Amanuel (with two colleagues) has founded grassroots literary clubs across the country. Amid the political crackdown and banning of the private newspapers, Amanuel was taken into custody in the morning of September 23, 2001. Apart from unauthorized rumors mainly through former prison guards who have fled the country, their whereabouts is unknown and there has never been an official statement by Eritrean authorities.

Amanuel Asrat is one of the few Eritrean writers who are assuming their proper places and due recognitions internationally mainly through PEN Eritrea’s advocacy campaign. He was profiled in August 2015 issue of The Guardian along other five Eritrean journalists;  his poem was translated into 14 languages to mark International Translation Day; he held one of the empty chairs at the 81st PEN Congress in Quebec, Canada; and he was one of the five writers featured in 2015 on the Day of the Imprisoned Writer, an international day that recognizes writers who have suffered persecution as a result of exercising their right to freedom of expression.

For the last 15 years PEN International, PEN Emergency Fund and Oxfam Novib have honored the courage of remarkable writers from across the globe with the Oxfam Novib/PEN Award for Freedom of Expression.  The award is given in honor of writers who have fought courageously for freedom of expression in the face of great adversity and despite the risk to their own lives. Amanuel Asrat’s initial nomination was made by PEN International’s Writers in Prison Committee and PEN Eritrea. In addition to the honor and recognition, recipients are awarded 2500 Euros each.